What Is A Gadget? The Objects We All Want To Give!

We’ve all used a device at some point, but do we know what they are and why they call them that? Maybe not, and that’s why we explain in this article what a gadget is and why including it in your daily life will improve your activities.

In addition, you will know the diversity of gadgets that exist, not all technological but very innovative. After reading this article, you are probably dreaming about desktop or computer gadgets, because we will tell you which are the most popular.

What is a Gadget? 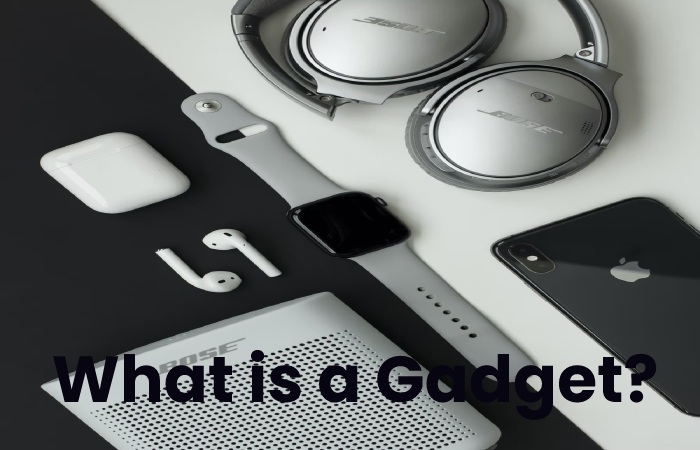 If you came here because you want to know what a gadget is, let’s start by telling you that you can have the answer in hand right now. Because the meaning of gadget, according to the Universidad Libre de Colombia, is that of the device, which has a specific purpose and function, usually small, practical, and innovative at the same time.

Why do we say you can have it on hand? Because a smartphone is a device, it is now more and more common, but in the beginning, it was one of the most popular and innovative devices.

Moreover, since their small size characterizes all kinds of gadgets, you can take them anywhere without needing a lot of space. Take, for example, the age of the iPod, which was a great gadget, very innovative and popular with anyone who wanted to take their favorite songs with them.

Some say that the characteristic of gadgets is not precisely their function but their novelty. Do you see why we are talking about cellphones, iPods, or smartwatches, for example?

We Already know what a Gadget is, But what is its History?

The past of the gadget the term as such dates back to the 19th era. It is a word that does not have a careful origin. However, one of the theories says that it was born with the company Gaget, Gauthier & Cie, who built the relief of the Statue of Liberty in 1886. As an advertisement, they created a small scale of the monument with the name ‘Gadget.’

However, others say that the word existed before and remained used in nautical circles or that the first atomic bomb was called a gadget. The device’s origin would even come from the French trigger, applied to various firing mechanism parts.

Although it also comes from the French word gagée, which designates a small tool or accessory. Which version do you know? Either way, the most important thing remains to know what a gadget is and how useful it is. Soon we will tell you everything.

What is a Gadget, and what is it for?

According to Gadgets Peru, we talk about a gadget when a product is recent on the market. “These are expensive devices with specific features to make life easier or improve the operation of other devices to add a special function.”

If you are Wondering what Gadgets are for, one of its Main Features is:

Examples to better understand what a gadget is: the most popular in history

Time magazine explains that each device or device “tells the story of a new way of thinking, a paradigm shift in the way we approach personal technology, with which we interact every day.” Therefore, there are examples of gadgets in history that remind us of the times we lived in.

Rendering to time fortnightly, some of the electronic devices we have learned what a gadget is and have also marked the course of history.

It was launched in 2007 and has become one of the most popular devices for its technology and mobile applications. “Many of their innovations set the standard for the smartphones that dominate the market today. It introduced the multi-touch screen and the development of Gorilla Glass technology,” explains the newspaper El Tiempo.

The iPhone was a disruptive device because it allowed people to experience having a computer in hand. However, it is no longer known as a gadget because many people widely use it, and it is becoming more common.

Before the iPod came the Walkman, launched in 1979 and marked different generations, since it first worked with cassettes, then with CDs and the radio. It was one of the most recent technological gadgets because it revolutionized listening to music, portable and accessible.

Similarly, Suppose you catch the above article about [A Gadget] helpful or else helpful. Similarly, www.computersmarketing.com would remain peaceful to pay attention to your feedback in our comment section.

Disclaimer: At Computers Marketing, certainly not encourage or endorse illegitimate websites through this platform. Too, piracy remains measured as a crime under the Indian Copyright Act 1957. And similarly, our primary purpose with this content is to provide our readers with informative content. Though, we recommend our users refrain from such expensive acts and keep watching movies in theatres.

What Is Online Marketing? Definition, Evolution, And More

Review What Is A Gadget? The Objects We All Want To Give!. Cancel reply