sIt’s a term that has been around in the tech world for years, but many people don’t know what it means. We are talking about APIs, an acronym that corresponds to Application Programming Interface and allows the applications and programs that everybody uses to communicate with each other.

In a few words, the concept of API has a formal character. It corresponds to the computer functions and protocols developers can create specific programs for databases, operating systems. Online platforms or social networks. It is the interface that facilitates communication between different programs.

APIs: What They Are For And Use Cases

Its use depends on the permissions granted by the owner of the API to external developers. You don’t see them, but they are the internal wiring associated with the code and rules to make an application work. Thanks to an API, you can log in to an online game from your Facebook account or have a collaborative work application send notifications to your PC.

To understand it, imagine that APIs are like a briefcase full of tools, some complete and others just one function. Their uses are unlimited since they are used by public bodies, private companies, local organizations, etc.

Its main function is to save time and money and facilitate the work of developers. For example, the API of payment service for an e-commerce or the API of Twitter or Instagram can be used by a new application to connect to the publications of these social platforms.

These interfaces can be open or private. Even those that are not open source allow you to add specific functionality without giving details of how the process is done internally. 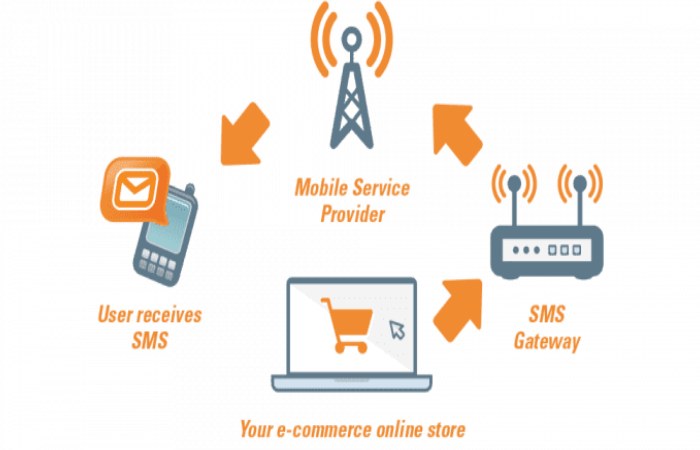 APIs can be used to communicate with an operating system (WinAPI), with databases (DBMS), or with communication protocols (Jabber/XMPP). Also, social networks (Twitter, Facebook, YouTube, Flickr or Linkedin), CMS such as WordPress, or services such as those of the Google suite. APIs have made social media marketing more profitable, easier, and more responsible.

APIs serve all kinds of purposes: social, financial, and online payments, e-commerce, for business, administration, or location. From 2006 to 2015 alone, public APIs grew from 299 to 13,146, as this BBVA infographic shows. Its growth has been exponential since then.

Using an API is like outsourcing a function, whether it’s initiating a purchase, accessing inventory from a catalog, logging in to a social platform, liking a message, or buying a movie ticket through a website.

This technology also makes it possible to embed YouTube videos on a website, create a chatbot for a shopping mall, use Google Maps in a transportation app, or share flights and hotels in a booking app. APIs are also used by companies that work with information in the cloud. In this case, they are provided by the APIs of Amazon, Microsoft, Google, and other such companies.

Of course, developers are sometimes prevented from setting a user limit and requesting payment for a license of a specific number.

API is an acronym that comes from English and refers to the phrase Application Programming Interface. The conception refers to the processes, functions, and methods provided by a given programming library as a generalization layer to be used by another computer program.

We can think of the API as code that tells applications how to communicate with each other. These rules allow the various programs to maintain interactions.

Another way to appreciate what an API is has to do with providing widely used functionality. This allows a programmer to fall back on the functionality of an API and thus avoid starting the programming task from scratch. Because of their flexibility, APIs help avoid the heavy workload common to many projects and instead provide code that has been tested by millions of users and, in many cases, continues to be maintained and updated to confirm its reliability Stability.

API to communicate with a Database: 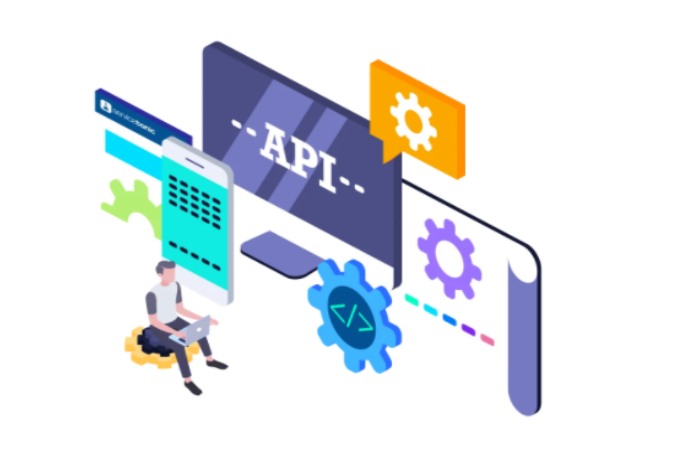 An API is used to communicate with a database, an operating system, or a communication protocol, to name a few. Even social networks use different APIs: a tool to manage tweets, for example, can communicate with the servers used by Twitter through an API.

One of the keys to how APIs work is how easy they are to integrate. These tools must easily integrate with other software for communication to be successful. Likewise, your updates shouldn’t cause any conflict to keep your work optimal.

To avoid problems related to your updates. One or both of the following must be true: that the format of the data you send in response to the program with which combines does not change; that the documentation explains very clearly how to adapt the program so that you can still use this data.

Along with social networks, PayPal is one of the platforms whose API is most used worldwide. It is a perfect online payment system to facilitate both personal and professional international transactions. Suppose a developer wants to integrate a payment gateway from this company into their website. In that case, they should use the free distribution API and follow the instructions to find the configuration that best suits their needs.

In a few steps

It is likely to embed the PayPal form simply by using its API functions, which are the result of hundreds of hours of work and tested by millions of people around the world. If we wanted to do this from scratch, even though in this particular case we couldn’t directly access PayPal’s headwaiters, we would have to spend a lot of time writing and testing each line of code, and that would be an unnecessary delay. development of our project.

The work of programmers is very specific because it characterizes by constant learning given the speed at which languages ​​and the technologies which they use evolve. Your daily activities include consulting the documentation for one or more APIs to find the functionality you need at each step.

It is important to remember that both API and programming languages ​​are “arbitrary” as they construct in infinite ways: for example, a function called LoadMessages could just as easily call GetComments. AccessConversation, or even CasaAzul. ; The developers choose the names of the variables and functions, and therefore it is necessary to consult the API documentation to know them.

Examples Of How APIs Work 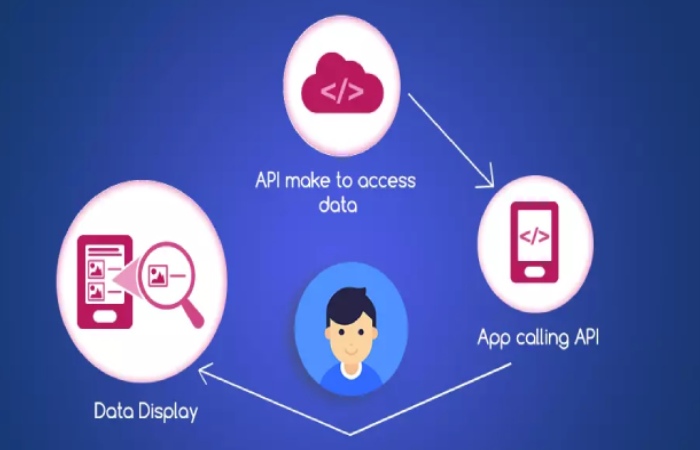 So they write an API that provides a service to exchange data related to the reservation.

The Mi Agenda application program automatically uses its API to reserve when it detects that the list contains “Eat in My Restaurant”. So all I consume to do is arrive at the entry into my calendar. And the apps do the rest through the APIs.

When you save an entry in the agenda that says: “Eat in MyRestaurant”, access the URI through a POST: http://myrestaurant.com/api/reserve. So you send the identification, the number of guests, the date and time of the reservation.

Both ServiceTonic and the provider’s tool have an API for incident management.

For example, when a customer opens a problem with printers at ServiceTonic. The app accesses the provider’s tool API and creates a ticket. When the vendor closes the incident, their help desk tool accesses ServiceTonic through the API, deploys the fix. And changes the status of the incident. This means that each company can use its own support tool. All we have to do is join both tools through their respective APIs.

It is necessary to define a business rule in ServiceTonic so that when creating an incident with the Printer category. It can access through a POST to the URI http://provider.com/api/incidencias. Sending the identification and data of the incident.

And it must agree with the provider’s helpdesk that when the issue resolves through a PUT. The URI http://client.myservicetonic.com/api/v1/tickets/id is accessing. This sends the solution and the new status to the help desk. 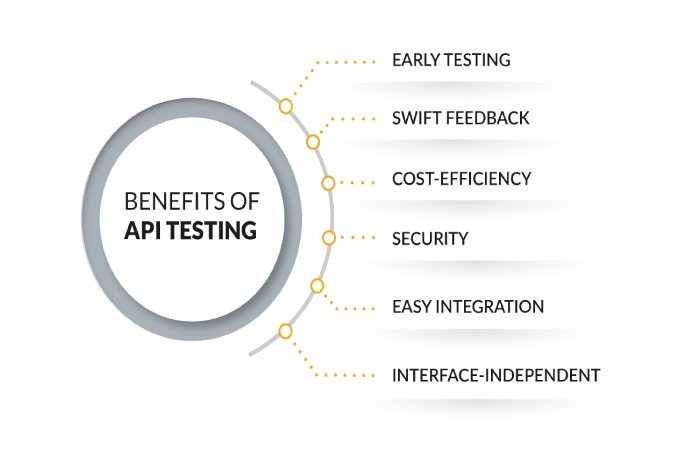 The advantages of an API are mainly two:

The REST API is based on a stateless, client-server protocol.

Open a two-way transfer of tickets and information between different services of your service desk, “out of the box” utilities.

Review What Is API, And What APIs Use For? All You Need To Know. Cancel reply

How To Read Messages On Whatsapp Without Acting Connected